Regularly I see discussions about Photoshop and the use of it, or it's kindred programs, in changing photographs. The people go back and forth with almost religious fervor as to if it is OK to use Photoshop. They will invoke the name of Ansel Adams on both sides as examples to prove their point. The anti-Photoshop group will say that if it cannot simply be produced straight out of the camera then it is not photography and is some sort of spawn of Satan. It is possible to get photos that look good right out of the camera. A while back I did a photo shoot with a lady and the photos were wonderful. 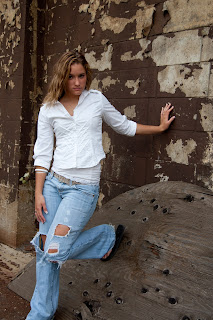 I love the photos and how they came out. This came straight out of the camera. Well I did need to convert it from RAW, but other than that it is as shot. But that was not my ultimate artistic goal. And when I think about the artistic goal of my photography and this battle about Photoshop I wonder why people miss the point so bad. But what is the point? I think I have finally realized the heart of it. To understand the heart of the issue we have to think about not just photography but of art in general. What makes really good art? Why are some works more expensive than others?

If you say that technique is the most important then all art, photography included as art, is to be judged on the technique of the person doing the work. Also, the work should be valued based on the implementation of technique. So, if this is true, then if a person can do a forgery of the Mona Lisa that is so good it is virtually impossible to tell the difference between it and the original, then the painting should be valued the same, or close to the same, as the original. They have technique as good as the original master. They also should not be despised for creating a "forgery" (unless they are passing it off as the original trying to scam people for money - that is a different issue). Another example would be if I take a photo and someone else looks at my photo, finds where I took it, what I took it with, determined the time of day and year, found the same model, did all the same things, then their work is just as good as mine and is not a copy of mine. It should be worth as much as mine, and they should be able to promote it or sell it or whatever they want to do with it, just like I could with mine. They have shown technical mastery.

The thing is that I am sure many people are saying "no way" right about now. That is because creative work is judged mostly on the original creative vision and implementation of that vision, not on technical mastery. When we admire a good photo it is as much to admire the creative vision, the artistic eye, that the person has as it is in their technique with the medium. This is most especially true with photography where the technique of taking a photo is so easily duplicated when we "do it all in the camera". You do a photo that is all in camera and many many others can duplicate that photo so easily. But if you find a unique expression, whether in camera or using Photoshop or other tools, then you have expressed that which is deep inside you. You have found your artist's eye. You have given something of yourself to the world.

So what was in my artist's eye for the photo above? What was it I wanted to leave as a little bit of me to the world? Could it simply come out of the camera? No, I needed to go beyond the camera to get the final vision. People have done this with photography way before the invention of digital photography and Photoshop. We would use chemicals incorrectly, or even the "wrong" chemicals, because of the really cool results we would get. So here is my photo the way I initially envisioned it, fully realized after the special work with Photoshop. 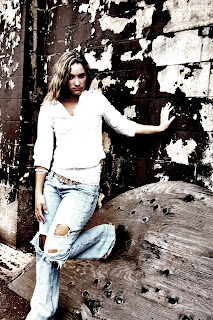