My favorite subject for my photography is people. Something about people really helps the photos pop. I have some great kids who either love to have their photos taken, or at least put up with dear old Dad.  Maybe they want to keep that allowance coming. One of the things I learned (or relearned) early on is to fill the frame with the subject. This is one of the big differences between a snapshot and a photo. 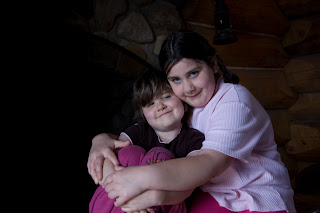 This is a photo of my two youngest girls. I love this shot. These two are always doing stuff together, and you can tell that in the picture. This was taken in a log cabin at the Meijer Gardens in Grand Rapids. The only light is what is streaming in through the door. So it is nice soft diffused light. It gives a little bit of shadow, and the background is nicely dim. 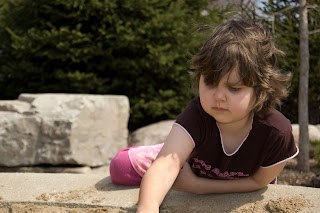 This is another great kid photo. If you look really close you can tell she is playing in sand, but that is not the point of the shot. Look at the intensity of the look on her face. She is really getting into her activity. The other thing is that the photo is taken from her level. Many times adults shoot children from above. If you are going to do a photo of a kid get on their level. It will make a huge difference in the look of the photo.

One other thing is that she is not dead center in the frame. She is off on the right third. It is pretty much framed up according to the rule of thirds (google it and you will get some great links explaining rule of thirds). If she had been centered it would look off, out of balance. Just one of those odd things about our eyes and brains. 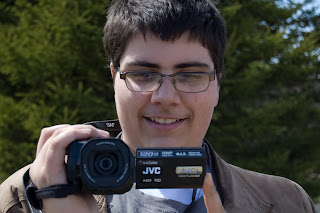 One final kid picture for today. This could be considered one of those simple guy with camera photos. The thing is that for our family it is a great shot of a particular guy with camera. This is one of my (currently) teen sons. It is a very personal shot. Notice how tight it is framed. That is one of the reasons it is so personal. There is a solid connection with him right away.

So now you have heard a photography tip, and seen some of the photos I have taken in the past so far. Next time I am going to dig up some photos from when I was shooting a FujiFilm S5200 bridge camera. The point for those is to show how you don't need an expensive camera to get awesome photos. Well the white balance might be a little off, but they are pretty cool none the less.
Posted by Rusty at 9:27 PM